The storyteller, faith and Emmanuel's brother: A Sermon on Hebrews 11:29-12:2

I knew someone once who is a traditional storyteller. I don’t some sort of glorified children’s entertainer. I mean someone who collects and retells the ancient stories of the people and communities and land that makes up these and other islands.

When I first became a Christian in a Lancashire Low Church, I was taught nothing about the Saints of God. I later deduced that the Saints were Jesus’ disciples and others who became close to Him in life or a life of prayer, worship and service. But because they were enshrined forever in stained glass windows, as people to emulate in my own journey of faith, they were unobtainable and deeply removed from my own experiences of life and faith in suburban Preston. Often the writer of the letter to the Hebrews has been quoted and taught to offer a different vision.

The letter to the Hebrews is by an unknown author but was probably written to an early church community living in Jerusalem facing persecution from their fellow Jews for following the new Way of Jesus and it almost exclusively focusses on understanding who Jesus is as Messiah and His role as mediator between God and humanity.

We talk much of faith in the church but we often do so in one of two ways: faith is either a commodity that we are exhorted to have more of so that we might find the gap between those enshrined in stained glass windows and us is lessened. We hear Jesus - O ye of little faith… where your treasure is there your heart will be also… and in these and many other instances, faith is something that we should be seeking to accrue, saving in the heavenly bank so we can cash it in later.

Alternatively, the language of faith is used interchangeably with the language of belief and in that context, we are often then trying to defend a position of faith as being true. We have all been in conversations like this - how does your faith stack up against… insert this week's favourite knockdown offered by the ever noisier evangelical atheists around us. We are constantly being encouraged to have a confident faith - which to me sounds like being sent out armoured to the hilt with great arguments. Faith in that context is the ultimate trump card of propositional truth.

The writer of the letter to the Hebrews offers us another way. The phrase, ‘... by faith…’ comes nearly 20 times in chapter 11 and in every case the expression is used actively. By faith someone did something but this isn’t just in English. In the Greek that the letter is written in, the word for faith - pistis - is in the dative tense and is something that someone is a recipient of or an is an action done to them. In other words, faith for that very early Christian community was not something you believe to be true like some sort of equation; nor is it something that if you have enough of God will smile more favourably on you - faith is something that is done or you do; something you give and receive. Faith is something you live out.

A year ago, a motorway bridge outside Genoa collapsed plunging cars, lorries and buses to the ground killing 43 and injuring dozens. Henry Diaz was driving his brother Emmanuel to the airport to fly to Columbia to study. By the time Emmanuel reached his destination 140000 km away he heard of the bridge collapse and knew that something was wrong - his brother felt even further away. He later saw footage of his car being removed from the rubble. Henry was dead. Subsequent tests proved the bridge to have fatal flaws in it. Emmanuel has put his studies on hold to care for their mother and to attend the hearing into what happened to discover why what happened on that day happened. 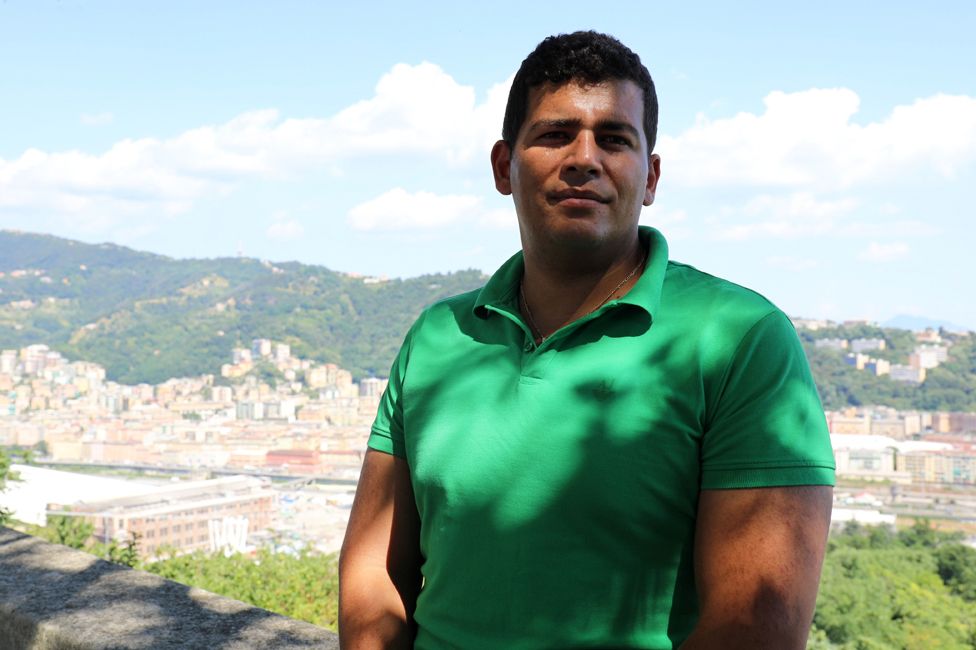 The ‘great cloud of witnesses’ that the writer refers to, are the faithful saints and holy ones of faith gone before us. They are not distant and aloof, enshrined in windows or silenced in plaster busts. The early church that the author writes to was small in number and looked constantly for encouragement as they sought to live faith. Much like the traditional storyteller in a long line of story, or Emmmanuel Diaz in the courtroom in Genoa, they watch the church - the people, you and me - and they notice when faith is lived out. They rejoice when one of us prays for healing for a sick friend. They smile with joy when one of us visits someone who is bereaved. They sing for joy when one of us sings God’s praises. They cheer when one of us stands up for justice. It warms their hearts when one of us supports the needs of a lonely and isolated neighbour. They notice. They are witnesses to what we do and how we live.

What is the writer of the letter to Hebrews asking of us: Simple. Don’t just accumulate faith for some future point. Don’t just learn about faith to win an argument. Live faith. Look to Jesus. Do what He taught - love, forgive, pray for, feed, clothe, seek justice and mercy, not worrying what others think or dwelling on when we fail - live it out - make the cloud of witnesses go nuts.
Posted by Fr. Simon Cutmore at 8:58 am