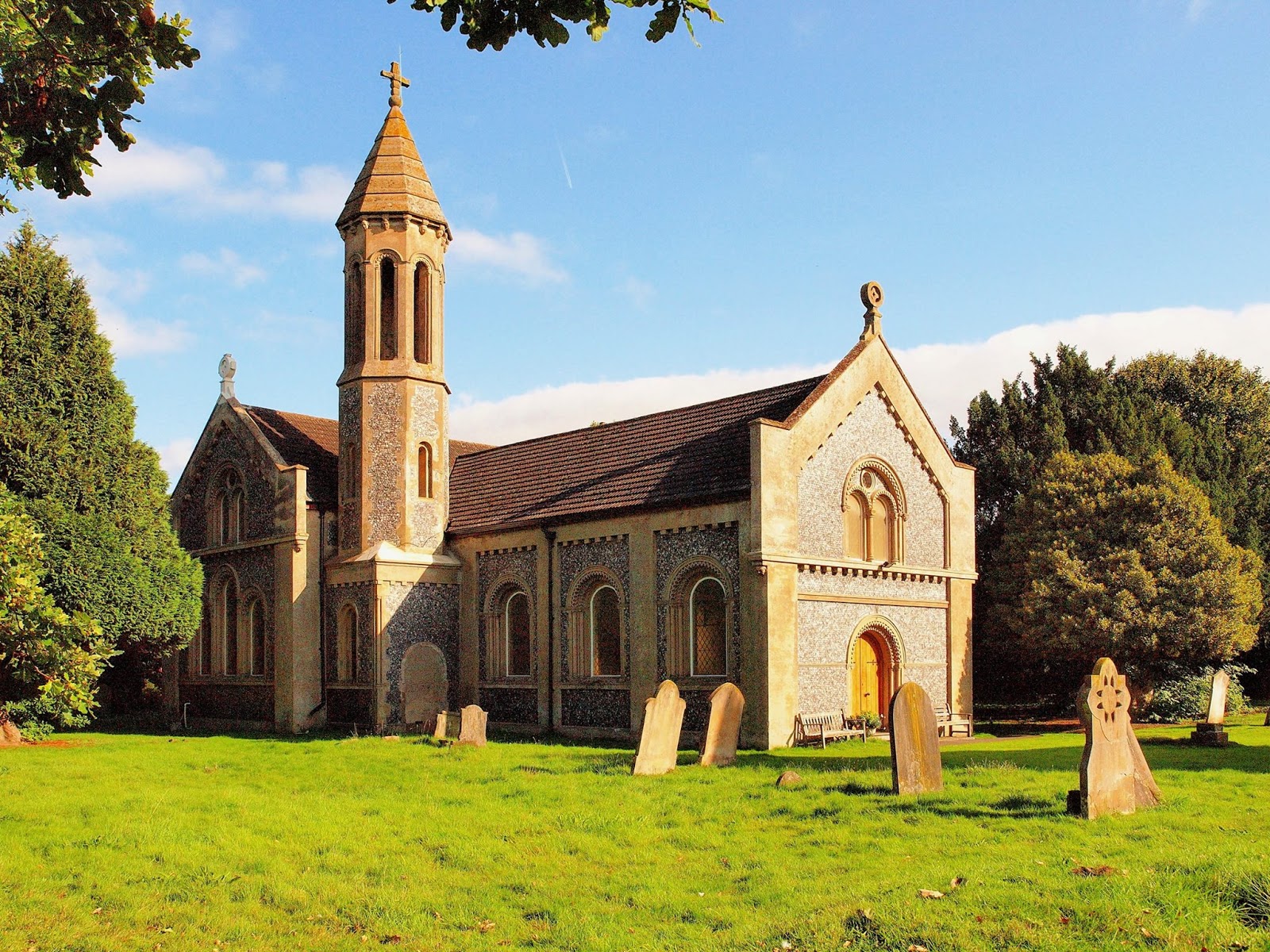 I was really struck, again, this week by the ministry of Pope Francis and he is rapidly becoming a spiritual hero of mine and of many millions of others. As he made his first official visit to the USA. Earlier in the week, in a speech to Congress he chastised the US Government for not accepting the reality of climate change and it’s impact on the most vulnerable, to make that point more thoroughly, he snubbed the opportunity for a state banquet as it were, to go and eat with some of those most vulnerable at a homeless project in Washington DC. One man who has been supported by homeless charities over 3 years said during the visit that the Pope’s presence there made him realise that he is not alone.

Loneliness and rejection by others, feeling like we are forgotten and don’t matter are probably deep down some of our greatest fears. They surface in our youngest years as we lose sight of our mother in the supermarket, but they reappear regularly and determinedly throughout adulthood especially into our latter years.  This church building has been used to champion the worth and value of all - especially those on the margins of our communities throughout its history whether as a soup kitchen or as a site of a food bank because as Christians we acknowledge that this place’s beauty and the worth and value of all people is to do with the love and presence of God Himself.

Our two readings today bring us back to the heart of what we celebrate today. Firstly Jacob, who has been fleeing for his life from his brother Esau, and en route he has an extraordinary dream which challenges and changes his life which reveals the hidden yet active presence of God in the world. And secondly Jesus speaks directly to our very human need for clothing, shelter and food and without downplaying those needs, encourages us to trust in God’s provision.

Jacob said, ‘…Surely the Lord is in this place—and I did not know it!’ And he was afraid, and said, ‘How awesome is this place! This is none other than the house of God, and this is the gate of heaven…’ On Friday nights we tend to watch a film as a family and eat pizza. Friday just gone we did the same  as usual and settled down to watch a Harry Potter film. For those of you that know the story, one of the things I’d love is an invisibility cloak like Harry has. Wouldn’t that be great? You could sneak into all sorts of places unnoticed including late into church - or out again if the sermon was dull. Apparently scientists are a step closer to making that fictional item an actual item and it works apparently by fooling our eyes because of the way we see light.

For Jacob, God wasn’t wearing a cloak of invisibility up to the point where he encounters him and then whips it off - surprise Jacob! Throughout the book of Genesis, God breaks the rules and reveals Himself not to priests or royalty but to a terrified refugee in the run. Jacob’s vision of the ladder to heaven is awe inspiring but God is present there not because of His majesty, but because He longed to re-establish a relationship with Jacob. God has, is, and will be encountered in *this* place not in its beauty or majesty but in the worship and the lives of God’s people here over the last 170 years. Like Jacob found, God is here because He longs to continue to have a relationship with ordinary people like us.

Earlier in the year, your will remember the shocking stories on the news about the Ebola outbreak. Now a teenager from Connecticut, Olivia Hallisey, having seen the need, has invented a test for the disease which takes 30 minutes to process and costs about £20. She was inspired to act having seen the same coverage and was encouraged by her science teacher. She hopes what she has done will make a difference but also inspire other girls to do the same.

Jesus is not downplaying simple human needs and wants for shelter, food and clothing, but he is challenging us not to worry about their provision. Instead we should turn our energies to seeking what God wants - loving our neighbour and loving Him - and in so doing we will receive what we need in return as well. This is as challenging to hear today as it will have been when Jesus first said it - of course we worry about how we will pay the next bill, where the money is coming from! Over the last 170 years many people whose worship has filled this place have used their gifts and talents to be a blessing to others - sometimes that work is seen: the very construction of this place required the talents of local people! But much of that talent use is unseen and unsung through a visit, a kind word, an assurance of prayer. This harvest the produce we bring and the money we give will be a blessing to others. The challenge for us to consider is how the money we give and the talents and gifts we have can continue to be a transformative blessing to our communities tomorrow and the next day.

Jacob’s encounter with God at Bethel reorientated the rest of his life. As we celebrate 170 years of worship in this place, will you allow yourself to encounter that same God as we worship today, and will you let Him build a relationship with you that will utterly transform your life?  This Harvest, as we thank God for bounty and blessing, gifts and grace, Jesus expects us to put our energy into things that give meaning to life.  How will you strive to discern how God is working in the world and in our community and join in - and allow God to deal with the rest of our need?
Posted by Fr. Simon Cutmore at 10:27 pm

Are You Gonna Walk The Talk - An Address at Rock Mass

'... House after house came tumbling down... but the little white house stood because of a sturdy foundation...'

Jesus asks us on what sort of a foundation are we building our lives? Are we conforming to the ways of God or the ways of the world?

Back in 2002 the “Leaning Tower of Pisa” was finally reopened to the public, after having been closed for almost 12 years. During that time, engineers completed a 30 million pound renovation project designed to stabilise the tower. They removed tonnes of earth, and reduced its famous lean by over a metre. Why was this necessary? Because the tower has been tilting further and further away from vertical for hundreds of years, to the point that the top of the 56 metre tall tower was 5 metres further south than the bottom, and Italian authorities were concerned that if nothing was done, it would soon collapse. What was the problem? Bad design? Poor workmanship? An inferior grade of marble? No. The problem was what was underneath. The sandy soil on which the city of Pisa was built was just not stable enough to support a monument of this size. The tower had no firm foundation.

Let’s look at this short story that Jesus tells.  There are only 2 builders, only 2 choices in terms of the way to life - we are either following the way of Christ or we’re not and only one leads to full and abundant life. Are we conforming our lives to the expectations of others or our culture or what an advert tells we should think, or to the way of life in Jesus? This isn’t Liberal thinking man’s Jesus. This isn't fluffy Jesus.  This is Jesus keeping it simple. But we want to make it complicated, to include everyone.  Perhaps that’s because we live in a world of ever increasing choice - whether that’s toothpaste (do you want whitening, gum protection, breath freshening or a combination of all of those across 10 different brands), deodorant (24 hour, 48 or 72 hour protection, no white marks, sport, stress control (yes really)) or what. We approach the ultimate questions of life like that, and so we shop around: well I like what Christianity says about this, and what Hinduism says about that, and what Paganism or Wicca say about the other so I’ll have it all thanks.

The story of the wise and foolish builders gets to the heart of Jesus’ message. To be his follower means that the manner with which we live out our daily lives must naturally reflect our following. What we believe in our hearts must be expressed by what we do with our hands, what we speak with our lips, what we do with our money and so on.  Put more simply - if we’re following Jesus, are we going to walk the talk?

The builders Jesus talks of, we can assume, used the same materials to build their houses, they will have taken similar amounts of time to plan, to cut wood, to make or buy bricks and so on.  The houses may have even looked the same.  The key difference was what was underneath - the stuff you couldn’t see. The thing is, both houses could have stood secure for weeks, months, maybe even years. But when disaster struck only one stood.

There was once the leader of a mega church in the States, He’s called Rob Bell - some of you might of heard of him. He once described a nagging doubt that he had about the success of his church & his ministry - thousands of members attending on a Sunday, great music, a good salary etc but inside his life was a mess. And then it dawned on him that he needed to change his life and actually follow the Jesus he was teaching about when Jesus said ‘love your enemies and pray for those who persecute you…’  What Rob discovered surprised him

For me friends, the way of Jesus isn’t just teaching; I’m not following Jesus for some sort of heavenly reward; for me - I’ve found it to be a better way to live out my life. And what of you?

So when disaster strikes and someone disses you to others, or when they push in front of you in the queue, or when they cut you up at the lights, when or they steal something that is yours what are you going to do? Bite back and come crashing down to their level? Or forgive and love - not because it’s easy coz it’s not, it’s hard - but because it’s Jesus’ way and living that way doesn’t much happen in church in my experience but it does happen a lot on the road, or at work, or at college. Are you going to conform your life to the ways of God or the ways of the world? Are you going to walk the talk?
Posted by Fr. Simon Cutmore at 9:40 am No comments: