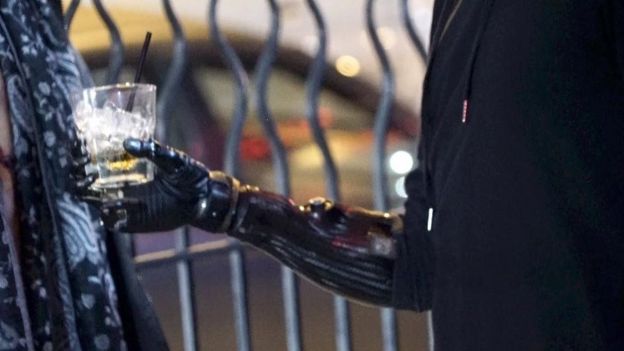 We are in a world where science fiction drives science fact. I read recently of people gathering in Austin, Texas for the annual Body Hacking Con. A conference where people have experimented with body modification gather to share and talk. Body hacking is actively changing one's body to better reflect one’s belief of what your "ideal self" would be. People like Meow-Ludo Disco Gamma Meow-Meow - yes, that's his legal name - has the chip from his Sydney travel card implanted into his hand or Angel Giuffria.  She is an actress with a striking, personalised bionic arm.  "Older prosthetics were all made to try and blend in. I never really cared about hiding it, but that was the only option …I kind of like the idea my arm can match my personality by adding lights and colours and matching it to my outfit…”

Bodies. We all have one. Some of us may not like ours much but we all inhabit one. We desperately want to change them but maybe not in as extreme ways.  We compare ours to others. We analyse them, take them apart, and we like some parts more than others.  Yet bodies play such a key role in the story of God which we tell. 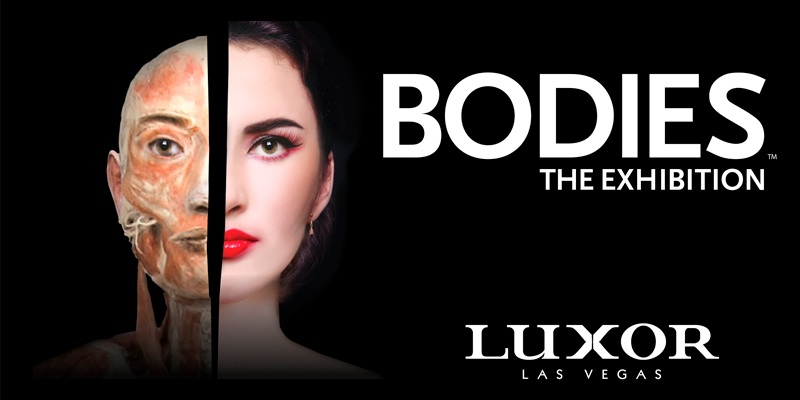 Jesus seems to spend time with anybody. In the previous section of John’s Gospel he has been mixing other bodies of people at a wedding party in Cana. And after a brief stop in Caesarea Philippi, he’s on his way to Jerusalem. This story of turning the money changers tables features in the other Gospel accounts too but it’s not told this close to the beginning of the Gospel. And I wonder whether it is because it allows John to raise at this early stage the importance of bodies in the story of salvation? There’s no account of Jesus birth in Bethlehem in John’s Gospel - but this account of clearing the Temple asks some fundamental questions about where God is located.

“… [Jesus] drove all of them out of the temple… 16He told those who were selling the doves, “Take these things out of here! Stop making my Father’s house a marketplace!”

Pauline Dakin’s parents separated when she was 5 years old, in part because of her father’s drinking. When Pauline asked why they had left leaving her father behind, her mother Ruth fobbed her of and told her she would tell her when she was older.  By the time she was 11, she had attended 6 different schools. Around this time, Stan Sears had come into their family - a minister who ran a support group for families of alcoholics to which Ruth had gone to seek support. There then were years of relative normality.  After graduating and insisting to know more about the moves and her earlier life, Pauline arranged to meet her mother at a local cafe. Over a table her mother slipped her a note in an envelope that read ‘take your jewellery off and put it in the envelope.’ She complied and her mother took her to a motel room where Stan was waiting. There she was that for the past 16 years their lives had been in danger from the mafia and that their family had been targeted because her father had been involved in organised crime. Suddenly her life was full of half truths and stories and layers of meaning. She couldn't wear her jewellery because it needed to be tested for bugs.

Over the following years, Stan’s stories became more elaborate to the point finally where Pauline, no longer believed them, and set up a sting. She called her mother one day to tell her that her house had been broken into, which wasn’t true. A while later, Stan arrived with stories of men being picked up in the street having broken into her house looking for things. When Pauline told that the story wasn’t true, she recalled how sad Stan looked. Pauline eventually went to see a psychiatrist to try to understand more where she was told about a syndrome called ‘follie a deux’ in which symptoms of a delusional belief are transmitted from a dominant personality (Stan), to a less dominant personality (Ruth). Years later Pauline did forgive her mother for the years of lies, but Ruth, her mother, never did stop believing all that Stan told her.

This story of the cleansing of the Temple has many layers of meaning to it. The Temple was doing what it normally did one Jesus arrived.  The vital trades are in place for the necessary exchange of monies, animals, and grains for the required sacrifices. Nothing is out of order at this point. Jesus orders that his Father’s house not be made a marketplace. For the temple system to survive, however, the ordered transactions of a marketplace were essential. Jesus is accusing no-one of malpractice but instead is trying dismantle the whole system intimating that the Temple is not needed at all.

The Jews ask for a sign from Jesus, an authoritative reassurance that what He did and said was true. But both looking back to the sign He performed at Cana and forward to the 6 miracles recorded over the next chapters of the Gospel, what they did not see was that the signs ultimately point back to Jesus Himself and his reference to the Temple here or to the woman at the well or to the blind man all in John’s account - reinforce the sense that you can look for God in signs and stories - but an authentic experience of Him only comes through spending time with the one who abides with us, who is with us for the long haul, who knows what it is to be human because he came as one of us - Jesus himself. For in him the fullness of God was pleased to dwell… God made the decision to be incarnated, but if we take the incarnation seriously, and that God loves the world, I think it must mean that God loves every body, everybody, every person, every expression of what it means to be human, whether we fall into an accepted social stenotype or norms or not. Otherwise, incarnation - God becoming fully human and experiencing that in every respect - is partial and penultimate. You can’t be partly human, selectively human. If you are human, well then, it means the whole thing. I’m not saying that a Middle Eastern male Jesus experienced what it is to be a black man under apartheid in South Africa or gay white woman in Edinburgh, but what I am saying is that He has experienced our motives, emotions and drives in every fundamental respect. He has lived us from the inside out and loves us that way too. In the end, Jesus is saying that his body is the location of God, which means in turn ours is too as it is through our bodies we read and hear Scripture and receive Jesus’ body and blood in the sacrament of Holy Communion, and in so doing our bodies, our lives are transformed from the dust of which we are made into the glory that we are promoised.

Lent for us is hungry body in the wilderness, a body anointed, a body beaten, a body on the cross, a body laid in a tomb. The only way we can get at that is to embrace our own bodies. Lent, Easter and beyond, cannot be fully captured or experienced in our liturgy or our preaching. Instead, Lent invites a deep reflection on the role of bodies in faith and in life.  God is counted on Jesus’ body then and therefore ours now to be the places where He is to be found because He loves the world. God is counting on it because God being embodied in Jesus ended on the cross.  People are still looking for signs of God present in our world, but God is embodied in our world still and people can have an authentic experience of Him and His love for us and all the world… through you.
Posted by Fr. Simon Cutmore at 4:38 pm No comments: