Change? No thanks. Transformation? Yes please!

The red and blue of the Norwegian flag are in some way said to symbolise freedom. The flag is a blue cross on a red background - historically linking Norway to both neighbouring Denmark and Sweden and yet ultimately marking her out as a distinct and free nation in her own right.

It is a beautiful country - politically open, warm people, a low international profile all which has been smothered into silence by the tragedy in Oslo and on the island of Utoeya. Last night’s unfolding news coverage was was captivating, overwhelming, disarming (no grim pun intended) and humbling. Already Norwegians are asking big questions about their national life - how can this have happened, how can the far-right groups likely to be behind this still have a place in Norwegian or indeed in any other society?  If we place that national soul searching alongside the nation-building in Libya, Syria, Tunisia, Bahrain and Egypt, it feels like there is need for change in the air.

All politicians talk about working for change and the good of all, and yet the only change that seems to come all too often is no change!  That's because all politicians wield power self-interestedly whether they are Colonel Gadaffi, Barak Obama or David Cameron. As this overarching political change is being fought for in the Middle East and is being questioned in Norway, Jesus reminds us this morning that this sort of fundamental change it is not only desirable but also possible.

People in Jesus' day longed for change.  Even though their nation had been occupied for hundreds of years by Persians, Greeks and Romans, they longed for freedom from political oppression, but instead of looking to the ballot box, they looked to God and the coming of his Kingdom.  We have lost not only a belief in the possibility of political and social change but also the sense of power behind the word kingdom.  Our royalty today do not have the authority tied up in the word that Jesus uses.  Perhaps it might better to talk of the Government or Presidency of heaven to give a sense of the worldshaping power that Jesus has in mind.  In these strange little stories, Jesus is giving a sense of what things would be like if God was in control rather than the EU’s leaders.

In the face of the events in the last 24 hours or unfolding in drought and starvation in the Horn of Africa, we shake our fists at the sky and ask God why he allows it to happen.  We know what we think having God in control of the world and it's people might be like.  John Lennon put it so well: 'Imagine there's no countries, It isn't hard to do, Nothing to kill or die for, And no religion too, Imagine all the people, Living life in peace, Imagine no possessions, I wonder if you can, No need for greed or hunger, A brotherhood of man, Imagine all the people, Sharing all the world...'

The disciples thought they knew what the establishing of God's kingdom would be like.  The Romans would be swept from power, and God would bring in his political regime with prosperity and dignity for all.  And yet, what Jesus goes on to outline, is no political manefesto, and what he says it is like when God is in control is not of worldshaping proportions. 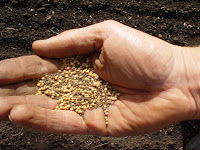 God in control, Jesus says, it is like yeast in flour. I have been known to make bread and you know as well as I do the way that it utterly transforms the dough from the inside out..  Yeast lierally corrupts, it changes sugars into oxygen.  When God is in control Jesus says, his government corrupts the current powers, pervading quietly until it's influence becomes visible. God in control, Jesus says, is like a man selling all he has for a field with treasure in it or a pearl of great value.  There is happiness in this, but it comes from being ready to give up everything in the process.

Is this the sort of God that Jesus' contemporaries, the people of Oslo or any of us think we want?  A God whose rule starts small and works secretly within?  No, they want regime change and oppression to end NOW.  This is not what any of us long for.

But that's the point, this is what it is like when God is in charge, not people.  Time and again we think an overthrow of a regime will change the world for good, but remember how often people have cheered a new ruler on to find the reality cruelly different. God’s government is different, and the disciples will soon realise that. God crowns his king on a cross: a seed as small as a mustard seed winning forgiveness for our sins. The Holy Spirit pervades with the yeast of godliness. Jesus gives up everything for us, as if we are his treasure or his fine pearl, and in doing so shows God’s love to each one of us, even though good and bad is held together in every one of our lives.   This kingdom is no superficial change of one regime with another. It’s a fundamental transformation; people being changed in hearts, attitudes and minds by the love of God, and through that, changing the world they live in. We see it in the disciples after Pentecost, and in people like you today.

I remember watching Big Brother once, wondering which housemate would be next to leave, and I realised something.  Who stays in the house is about superficial things like personality or looks. God sees past our society's self-obsession,who looks good on tv, and sees us as we really are - which is both daunting and liberating. Daunting because we feel naked before Him - someone else really knows what we are like. It’s liberating because someone knows what we are like - and loves us all the same. He loves us enough not to judge us, but to judge our failings. He loves enough to hold our hands and lead us through to change.

It's a long process, but one I am committed to. I don't want to be a better person. I don't wanting life-coaching and goal setting. I want God-led regime change!  I hope that I might become the person He longs for me to be, the sort of person who clearly has God in control of my life, even with all my faults. 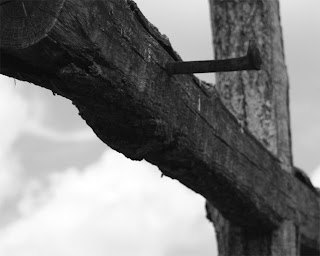 Here is the amazing truth: God in control can be like you or me.  If we are seriously submitting ourselves to the will of God, asking asking Him to change us, God can be in control of & transform our lives.  It begins with simple things – a baptism enquiry, a listening ear, a loving word to the grieving neighbour, I am going to this or that church event, and it's going to be good, will you come with me... and any of these can lead to an encounter with God lovingly in control.  All of us can become people where God is in control, because when we do, that's the most radical change of regime the world has ever seen.  God's loving control of the world is growing, and changing it’s personal, social, political and economic landscapes one heart, one life at a time. Amen
Posted by Rev'd Simon Cutmore at 10:34 pm