Word as a Wordle is back! 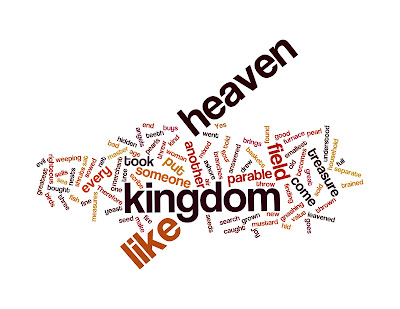 '...He put before them another parable: ‘The kingdom of heaven is like a mustard seed that someone took and sowed in his field; it is the smallest of all the seeds, but when it has grown it is the greatest of shrubs and becomes a tree, so that the birds of the air come and make nests in its branches.’

These are obviously parables about the Kingdom of God. The thing that strikes me about this wordle is how the kingdom of God/of Heaven lies at the heart of everything, in the midst of mustard and bread and field and treasure and pearls...
Posted by Fr. Simon Cutmore at 8:03 pm

Sorry for the strange font issues, but I can't resolve them!