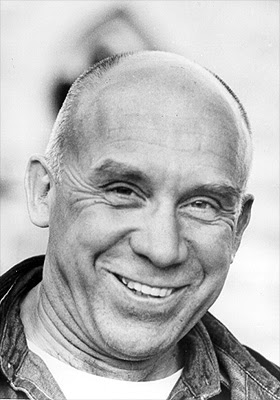 There’s a lovely passage in the diary of Thomas Merton, the Trappist monk and mystic, where he describes an experience he once had of suddenly seeing the divine in people. He writes:

I was in Louisville, Kentucky, in the shopping precinct, when I was suddenly overwhelmed with the realization that I loved all these people around me, even though they were complete strangers. It felt like waking from a dream. It was as if I could see the secret beauty in their hearts, the deep self where sin and ego can't reach, the core of their reality, the person that each is in God's eyes. Of course I couldn't say it. You can’t go up to people and tell them they’re walking around shining like the sun. But if only they could see themselves as they truly are … If only we could all see each other that way all the time. I suppose the problem would be that we'd fall down and worship each other.

Jesus’ Ascension, that we remembered on Thursday, assures us that our destiny too is to become divine.  The difficulty is that most of the time we see ourselves as the German philosopher Frederick Nietzsche did as ‘human all too human‘, broken, weak and failing.  Yet, as Christ disappears from sight, returning to be with God, he returns as Jesus fully human.  For Jesus’ Ascension is about seeing humanity from God’s perspective of history - humanity that is human, gloriously human!

In the Eastern Orthodox tradition this is one of the normal ways of talking about faith -  as St Athanasius put it ‘God became man so man can become God.’  Divinity is what humanity is for. It’s our destiny, and we needn’t be shy of saying so.  It is the point of this living relationship with God that we’re called into.

The trouble is not that we are too human, it’s that we are not human enough. If we were fully human, as God made us to be, then by definition we’d be divine as well, just as Jesus was - Son of Man and Son of God. Because God made us in his image, it's when we are most human, most truly ourselves, that we are most truly like him. It's a sign of the church's failure that to many people outside, Christianity doesn't seem to make you more human but less. Jesus talked about faith ‘giving you life more abundantly’, but it often doesn’t look that way. If anything, people suspect that Christianity narrows life down, takes the fun out of it, and de-humanizes you with a lot of unnecessary hang-ups and hypocrisies.

In the Gospels it's clear that the humanity of Jesus was rich and full. He was open to every kind and class of person, and he allowed others to be themselves. He didn’t call people to asceticism - a way of life so heavenly minded that it’s of no earthly use - He didn't narrow life down; he enriched it and enhanced it. His kind of holiness didn't raise barriers.

This morning as we hear our Lord pray that disciples would be sanctified, he did not pray for us to be rarified or sanctimonious. Otherworldly. Set appart. Doors closed to keep the wrong sort at arms length. Hatches battened to weather the storm.  As He prays for us to be sanctified, to be made holy. The sort of holiness He calls us to is the sort that breaks the barriers down that we build between each other just as He did, to the extent that he was accused of being a womaniser and a drunkard. He managed to make people feel at home who would feel completely out of place in our churches today: all the people on the margins, all the disreputable people gathered around him, because he saw past the labels and simply took them for what they were: human beings, brothers and sisters made in the image of God but then He called those bearing God’s image into relationship with Him.

And that is our call still. As this morning’s Acts reading reminds us. Being a disciple, following Jesus, coming to church is not about being good or true, it’s not about respectability, it’s not about being Church of England - about being a witness to the Resurrection of Jesus Christ - letting others see and hear of the transforming life of Christ at work in me, in you, taking that which is broken and failing in us, and it being restored, renewed, healed, loved and forgiven...  To be sanctified is to be a work in progress.  That’s the sort of church I want to be part of.

A real Christian church is one that shares that vision and does what Jesus did: accepts us as we are, but sees the potential in each of us, and helps us grow into that divine self that we already are in God’s sight. Karl Marx, of all people, once remarked that the Church ought to be the ‘heart of a heartless world’, a place where we can discover and accept one another as real human beings, with all our wounds and complications, and can then begin to grow together into something more.

The real Church of Christ is not an exclusive club for the religiously and morally respectable that you must qualify to enter. On the contrary, the one qualification for entry is knowing you can’t qualify.

The real Church is a free hospital for damaged souls, looking to be healed by love, and growing by love to become more human, not less - being sanctified by Christ - in the process becoming more and more divine. Amen.
Posted by Fr. Simon Cutmore at 6:18 am