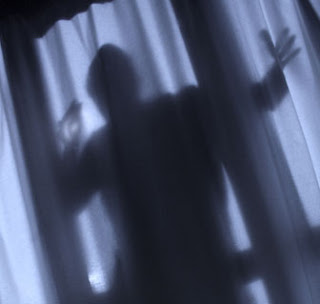 She was 89. She’d lived in that house longer than she had lived anywhere else. It was the last house her husband left - first to the nursing home and then to his Maker.

She regularly went across to stay with her brother for periods of time to break the calendar of loneliness. On this occasion, she returned to find the house, the home, the treasure trove of memories violated - she had been burgled.

The Temple was such a vital place for God’s people the Jews. It was the place that they came to meet God, to be in His presence, a physical space, an encounter.

This building told the story of a nation, of people’s waxing and waning response to God’s song of love sung through prophet and priest alike - I love you, I want to be with you, will you come and be with me?

It began as a tent, making pilgrimage across the desert. God with His people. Over centuries the calf skin sides had become blocks of stone. It wasn’t that God had stopped moving, but His people had. They inherited the land that He promised them and settled down. Perhaps they had become spiritually stationary too. God needed somewhere to come. Or was that it in the Temple they could contain Him, like a genie in a lamp?

And so Jesus comes to Jerusalem and to this stone story, and he found the story retranslated into a foreign language. Their memories were eternally short. The God of Israel was not a God for Israel, but for all people - Jew and Gentile alike, and here they filled the place for those Gentiles with an open-air market. How could they draw near where there was no space? How could they hear of His love above the sales patter and barter, braying animals and taxes paid? And with a flurry of fury - tables turned, flapping birds and flapping traders - ‘what is this place for?’ he screamed.

Why is Jesus furious? It’s surely not the fact that the Temple buildings and courts were being used this way? No, perhaps it is more to do with God’s people’s priorities having been skewed. The Temple’s focus was no longer a concert hall to hear eternity’s greatest love song; the worship of the Living God had been replaced by the irreverent worship of dishonest gain.

And this is such a contemporary encounter - those exercising ministry in the name of Jesus, colluding to remove those who wish to turn the tables of those who benefit most from the ill-gotten gains of our bonus culture... And Jesus wept...

The Temple’s focus was to be a concert hall to enable the whole world to hear eternity’s greatest love song... The building was a means to an end.  Jesus’ actions that day weren’t about the decorated, dignified, deified space of the Temple, but the decorated, dignified, deified space of the human heart.  Hearts that need to be daily crucified and resurrected to allow God to fill them with His glorious presence.

As we turn our faces more determinedly towards Christ’s Passion, we would do well to ask ourselves - where is our focus as we strain to hear God’s song of love to us? On the church building, or seeing God build His church? Is it more about place than people? Is it about stones or hearts?

Lord, do something about your Church.
It is so awful, it is hard not to feel ashamed of belonging to it.
Most of the time it seems to be all the things you condemned:
hierarchical, conventional, judgmental, hypocritical,
respectable, comfortable, moralising, compromising,
clinging to its privileges and worldly securities,
and when not positively objectionable, merely absurd.
Lord, we need your whip of cords.
Judge us and cleanse us,
challenge and change us,
break and remake us.
Help us to be what you called us to be.
Help us to embody you on earth.
Help us to make you real down here,
and to feed your people bread instead of stones.
And start with me. Amen
Posted by Fr. Simon Cutmore at 6:13 am