Mary: A Model For Teenage Discipleship 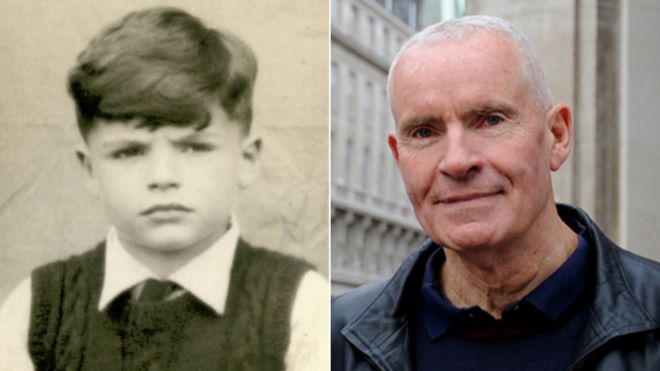 Robin King was 13 years old when he discovered that he was adopted and his response to the news? He and a friend fled home and cycled from London to Southend where they slept in a tent for a few days before they were picked up by the police. The news didn’t prevent him marrying, having children and eventually finding good work as an architect.

It was only later in life whilst applying for a passport that further startling news about his identity was shared with him - that he had been abandoned as a kid outside the Peter Robinson department store - which is why he was named Robin and his middle name is Peter. In his quest for meaning and roots he eventually found out that his parents were Douglas and Agnes Jones - he was Canadian and serving in the airforce in Glasgow during WW2. They met and married and after the war moved back to Canada. But Robin will never know why he was given up for adoption as they’ve both subsequently died.

Families can be a complex web of relationships and they’re often far from straight forward. Many of my friends had a stream of ‘Aunts’ and ‘Uncles’ who I later discovered weren’t actually aunts and uncles but close family friends and I eventually became and ‘uncle’ too. But families can be places of pain with relatives being cut out and ostracised for years maybe permanently for all sorts of reasons. And yet despite the challenges and sometimes in spite of them, they are the places where we are formed as adults. 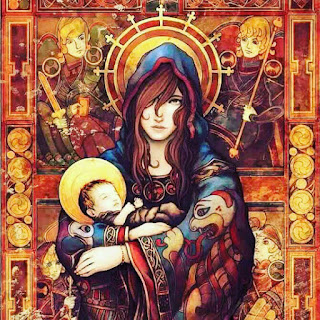 Mary’s shocking news from the angel Gabriel was foretold. Back in the 8th century BC, the nation of Judah was faced with invasion by it’s northern neighbour Israel.  The prophet Isaiah is sent to King Ahaz of Judah with a message that God will destroy Judah’s enemies.  Isaiah tells the King to ask God for a sign that this will be fulfilled. The King says he will not test God, and Isaiah responds that God will give him a sign whatever: ‘a young woman will conceive and bear a son who will be named Immanuel and before he knows right from wrong, desolation will come upon the land.’ An odd sign by any standard.  But the word ‘young woman’ ‘almah’ does not mean virgin but maybe a girl who has not yet had a child. The significance of this prophesy of a young woman with child, when looked at through the lens of the history of Christian faith, brings Mary and the infant Jesus she bears into sharp focus, but to King Ahaz, the prophesy’s focus is that before the child (whoever it is) is very old, his kingdom will fall.

Then Mary said, “Here am I, the servant of the Lord; let it be with me according to your word. This is how we often perceive Mary. Submissive. Trusting. Passive. Back in October, in the wake of celebrity sex scandals, a campaign began on the internet through facebook and twitter using the #Metoo hashtag, giving a voice to women who have experienced sexual harassment in some way. Some of the stories were really shocking and it exposed how ingrained this sort of behaviour by some men still is. Did Mary say #Metoo? There is a moment in this morning’s Gospel reading where a girl just being ushered into womanhood is encountered by a powerful masculine figure who tells her what will happen to her body in the most intimate ways.

Just sit with this uncomfortable notion a moment before rushing to tell me that contemporary notions of consent don’t apply here or that God knew that she would say yes. Mary knew what all this meant. She ‘got’ the biology of it all. And yet in her questioning ‘how can this be’ I meet a young woman who is totally ok with challenging patriarchal and even divine assumed power and come away unscathed.

For us who honour Mary in the story of our faith, in her we find a role model of faithful discipleship especially for our young people, because in her puzzlement at Gabriel’s greeting and her disbelief of his message, I see a pattern for youth in the church today. Mary questioned the message of Gabriel and the action of God in her life, and it was ok. It is ok if you, especially as a young person, come to these oft told stories of the faith of your parents or grandparents generation, and ask: is it true? Mary sought to understand for herself. As the adults of the community of faith - the angelos - the bringers of the message of love from God for all - our responsibility to our young people is to allow these questions, not to close them down. To hear them. Not to be afraid of them. 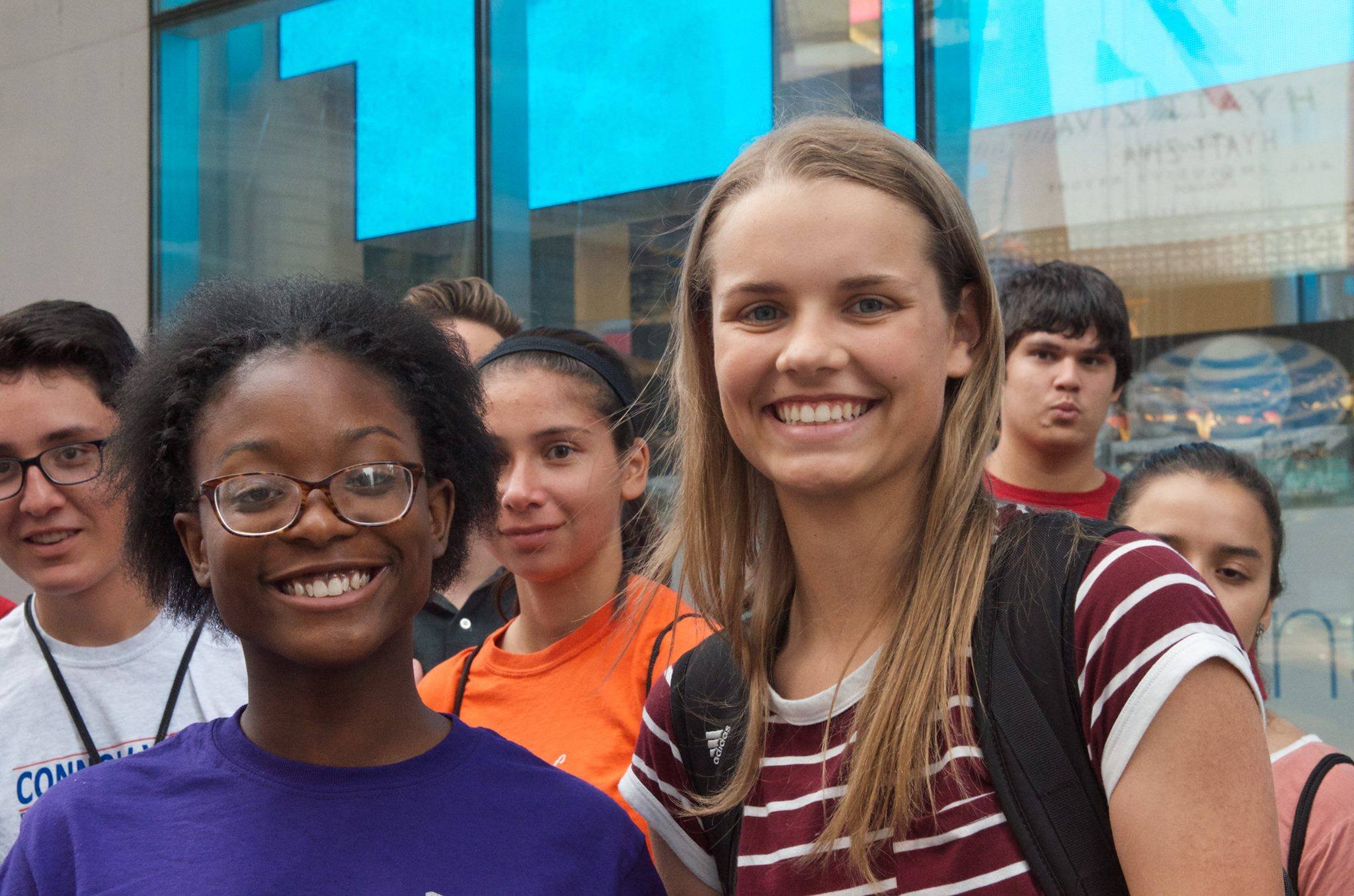 For us who honour Mary in the story of our faith, this morning I don’t hear of a submissive girl, but of a young woman willing to question, and open to being empowered, perhaps literally inspired, by God. Gabriel uses the word ‘overshadowed.’ In English this has all sorts of negative connotations to do with insignificance, a lack of joy or success, and this feeds an image of a submissive and passive Mary in the presence of a powerful God. We must not let our young people be dominated or conformed by us as adults or by their peers. In scripture the the image of the cloud is not a dark but a bright one that lead the Israelites by day as they sojourned in the wilderness and that enveloped Jesus on the mountain top. We must allow our young people to explore the wilderness and lush pasture of life and faith trusting in both places God comes and leads His people. Mountain climbing is hard work - we must celebrate with them when they triumph over adversity or have extraordinary experiences of God that we cannot understand or comprehend.

As Gabriel shares news of Elizabeth’s miraculous pregnancy, there is a hint that they stand in a line with Sarah and Hannah long before them, of God by the Spirit bringing about the biologically impossible. For Luke, the Holy Spirit brought all things into being in the first Creation, and it will be the same Spirit that fills disciples at Pentecost which ushers in the New Creation wrought by Jesus’ resurrection. Gabriel says that Mary will be enveloped by the presence of the God of Israel who faithfully led and kept her ancestors, and she will be anointed by the Holy Spirit. The only other person to experience the Spirit in this way up to this point was King David. Through God, Mary is brought into David’s line, so that the New Creation and the Kingdom of God are revealed to and through her. That is why I believe she said yes to Gabriel.

How can we be like Gabriel, angelos - messengers of good news with the  young people in our churches? How can we each share and show the love of God to them? How can we like Elizabeth and Sarah and Hannah before them, walk with our youth as they journey through the wilderness or climb life’s mountains?  Mary’s yes, rose out of an assurance that God had kept and led those before her - how can we share our own faith stories with our youth today? Above all else we must pray that that same Holy Spirit that came upon Mary, would fill and transform our young people today - calling them into the Kingdom and filling them with the hope of the New Creation.
Posted by Fr. Simon Cutmore at 10:51 pm