Outside the United Nations building in New York stands a wall on which are written some of the words we heard as our first reading - they shall beat their swords into plowshares, and their spears into pruning hooks; nation shall not lift up sword against nation, neither shall they learn war any more…’ Perhaps these words serve as both judgement and a call for justice in that context. The Isaiah passages we read during the season of Advent pick out the positive pictures from an otherwise dark text. He prophesied at a critical point in Judah’s history - a time when both Israel, under Jeroboam II, and Judah, under Hezekiah had reached political and prosperous heights.  Assyria’s might was on the rise and their cruel reign sought to overwhelm God's people like the rest of the Middle East.  Isaiah’s ministry centred on calling God’s people back to faithfulness in the face of impending destruction by their arch nemesis.

The purpose of prophecy then as now, is to shake us and remake us – to change the way we think. It is always a challenge – either to shake complacency or, in this case, to hold on to a vision of identity and faith in tough times.

What would we rather see on our tvs as we enter this holy season with it’s rapid slide downhill to Christmas? The reality of life in Aleppo as it’s recaptured by Syrian troops or Buster the bouncing boxer or Mrs Claus running the show almost like she’s a member of International Rescue? Most of us would rather enjoy the latter to avoid the reality of the former. 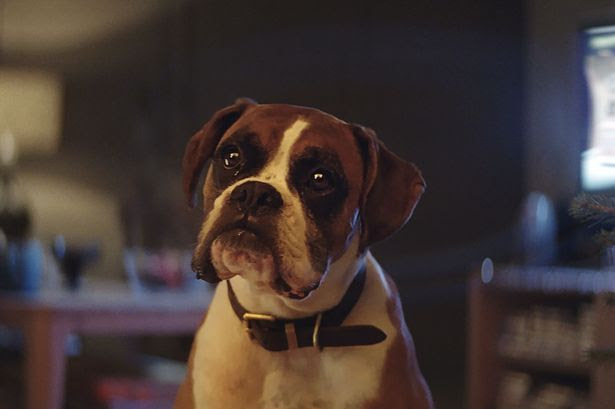 At the beginning of our reading we heard: '...The word that Isaiah son of Amoz saw concerning Judah and Jerusalem...' I’m not sure how one sees a word as what Isaiah is talking about here is not about reading. It is something far bigger, something all encompassing. This vision of weapons of war turned into agricultural tools, images of death dealing turned into food producing is more than some sort of utopian hope - we feel it in our guts - it is a right longing - which we encounter coming to us from the future seeking to shape the days in which we are living.

But this vision isn't one of humanity having grown up, realising the futility of war, or melting our weapons as some sort of show of strength. It is a response to an encounter and a relationship which shapes our direction of travel and renews a sense purpose and hope.

In these days of Advent Isaiah stands amongst us and points God out suddenly - LOOK! The ways of God will no longer be unknown and hidden, but He is coming and show and teach us Himself. The image is the difference between a child picking the book off the shelf an trying to learn themselves, and the teacher coming alongside that child, talking them through and taking time to help them learn and grow.

In these Advent days, Isaiah’s vision uses vivid imagery of reframed relationships - predator and prey co-existing (wolves and lambs, calves and lions) and us with each other - and of reshaped topography - recalling earthquakes in recent months and the shifting of tectonic plates - to symbolise a coup - God comes, urgently and unnoticed, and in so doing a new way of being together is established by Him that is utterly contrary to what we have experienced or could normally expect.

In these dark days, Isaiah’s words invite us to walk with this God whose light transforms this present darkness. But this light is like a blazing flame - inviting and protecting and yet also dangerous.

We are being sold a lie friends. Buster the boxer bounces because he distracts us from bombed out Aleppo. And then in the next ad break a smiling priest and imam affirm their friendship by surprising each other with a gift, because we are supposed to somehow believe we can choose to live like this for the other 300 days of the year? Look into the eyes of a Syrian refugee. Read the hate speech and swastikas spat from aerosol cans on shops and homes and tell me that we can… We need a new vision and new hope.
Through Isaiah God invited his hearers to see a bold new vision of hope blazing like light in the darkness that would inspire local communities to live it’s shared identity, values and faith in dark and difficult times.

Through Isaiah God invites us to seek a bold new vision of what it means to be a local community living out our shared identity, values and faith in what may be difficult times. And I invite you to join with me during Advent to spend some time working out together through prayer and conversation, who and what God is calling us to be - where are we together wanting to put our energy and resources? What are our top priorities? Is it work supporting the elderly and housebound? Or work with refugees? Or supporting and nurturing the faith of our children and young people and their families? Isaiah reminds us that God makes the impossible possible - His vision isn’t a dream but a  transforming of reality - we need to ask Him and each other how and where and when and who type questions if these visions are to become reality and not fade like a waking dream. If you have a vision, a hope a dream - tell us - God may be speaking through you like He did and still does through Isaiah.
Posted by Fr. Simon Cutmore at 12:20 pm

Email ThisBlogThis!Share to TwitterShare to FacebookShare to Pinterest
Labels: 2016, Advent 1A, Isaiah, vision