Grace For All At Cana We have lost some of the greats in recent days - the artist David Bowie, the actor Alan Rickman are two.  I was never really a fan of Bowie’s music, and personally I think a 15 minute slot on the 10 o’ clock news was probably a bit extreme. Then I looked back and I noticed that he had eleased some of the most memorable popular music in the last 40 years.  I admire the way he has managed to reinvent himself musically and stylistically to appeal to a new generation.

Alan Rickman similarly has never been one of my favourite film stars.  Yet whether it was Sense and Sensibility, Truly, Madly Deeply, Dogma or the Die Hard or Harry Potter franchises I recognise that stage and screen alike has lost someone very important.

The other great thing that we have lost, for now I believe, is the Church’s right to speak to a culture that needs the Gospel more than ever.  Jesus ministered to those on the margins of society in His day - lepers, women, the sick, Samaritans, tax collectors etc and He called His followers to do the same.  We have been reminded this week that as members of the Anglican Communion we have failed to be good news to the LBGT community, and we remain publicly unrepentant for the way we have corporately treated them.  Whilst it was highly unlikely that Anglican Primates were going to agree on issues of human sexuality, to see the Episcopal Church in the US effectively ostracised for three years to keep the Communion together seems like a heavy price to pay. An odd definition of Communion if there was ever one.

We all want Jesus to take our side and to act on our behalf not theirs. Even His mother tried to play that game according to what we hear in this morning’s Gospel - ‘…And Jesus responds to her, ‘Woman, what concern is that to you and to me? My hour has not yet come.’…’ The historical actions of slave traders and abolitionists, supporters of women’s rights and those wedded to traditional understandings of patriarchal headship alike can all be justified by the words of Scripture. Yet history shows us that what is considered culturally acceptable changes with time as does the Church's interpretation of Scripture.

The wedding at Cana is an odd story in a way - Jesus meets a human need with miraculous divine provision. But the need in this case is just that the hosts at a party have run out of wine. Compared with the needs of the desperately sick or seriously disabled, more wine for a party seems more like a luxury than a need. 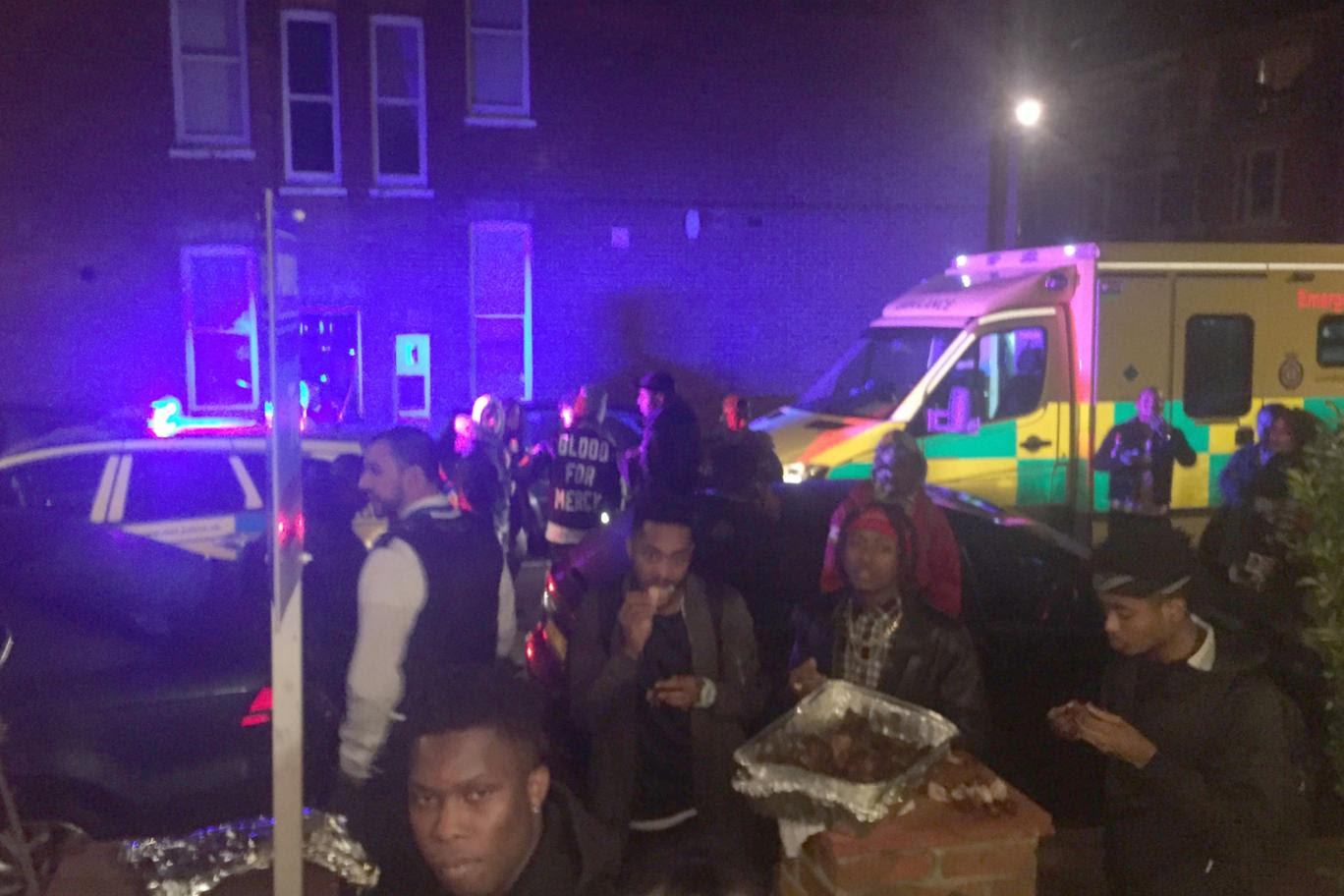 The mother of Jesus said to him, ‘They have no wine.’ And Jesus said to her, ‘Woman, what concern is that to you and to me? My hour has not yet come.’ Christina McQuillan rented out her flat on New Year’s Eve via the website Air BnB. She was called by a neighbour back to her property after a party involving hundreds was clearly in full swing.  “It was horrific – me and my partner got to the property and there were hundreds of people on the streets… We entered the property and we told [the host] to shut it down immediately. This girl just laughed and said ‘no, I’m holding a party’.”

Running out of wine was a social faux pas: to entertain relatives and neighbours at a wedding was a major social obligation. To run out of wine would be a serious social disgrace and spoil the party. But this is evidently not a really poor family. Couldn't they have just sent out to buy more wine? In the end, by providing more wine we have to admit that Jesus isn't so much meeting a need as being rather extravagant. As Jesus' contribution to the party, if you like, he provides far more wine than they could possibly have drunk, even though such wedding celebrations traditionally went on for a whole week. And much better wine than they would normally have expected to be drinking. Luxury and extravagance are the words we have to use.

Jesus said, ‘Fill the jars with water.’ And they filled them up to the brim. 8He said to them, ‘Now draw some out, and take it to the chief steward.’ When the steward tasted the water that had become wine… the steward called the bridegroom 10and said to him, ‘Everyone serves the good wine first, and then the inferior wine after the guests have become drunk. But you have kept the good wine until now.’

Soren Kierkegaard, the great 19th-century Danish philosopher, said: 'Christ turned water into wine, but the church has succeeded in doing something even more difficult: it has turned wine into water.’  Wine though wasn’t just a social lubricant at an event such as this.  It was a sign of the harvest, of God’s abundance, of joy and gladness and hospitality.  In performing this miracle Jesus provides for over a thousand bottles of the finest of wines.  And that, according to John, is what grace is like: an overflowing of joy, blessing, and the presence of God.

If Jesus’ call to us, as to his first disciples, remains the same, to model what he did and said in his earthly ministry bringing the grace and joy and blessing of the presence of God to the outsider, I wonder whether what the church does and says so often turns the wine of the kingdom into water? It certainly feels like that might be the case following the Primate’s meeting if you are a member of the gay community, but it will also feel like that every time we shush a child or glare at it’s parent who is trying their best to feel welcomed by Jesus and helping them grow in faith and yet we push them away from our Jesus.

We are the conduits of the extravagant grace of God to the whole of our community, not just those we like or who are like us, but to all that society and the church push to the margin.  Not demonstrating God’s grace to others in our words and deeds is more than a social faux pas. It silences the Gospel. We lose our right to speak.  Archbishop Michael Curry, the Presiding Bishop in the TEC said this week: “Our commitment to be an inclusive church is not based on a social theory or capitulation to the ways of the culture, but on our belief that the outstretched arms of Jesus on the cross are a sign of the very love of God reaching out to us all. While I understand that many disagree with us, our decision regarding marriage is based on the belief that the words of the Apostle Paul to the Galatians are true for the church today: All who have been baptized into Christ have put on Christ…’ To paraphrase St Paul: There is no longer Jew or Gentile, slave or free, male or female, gay or straight adult or child, for all are one in Christ.’
Posted by Fr. Simon Cutmore at 2:39 pm