'Today this is fulfilled...' 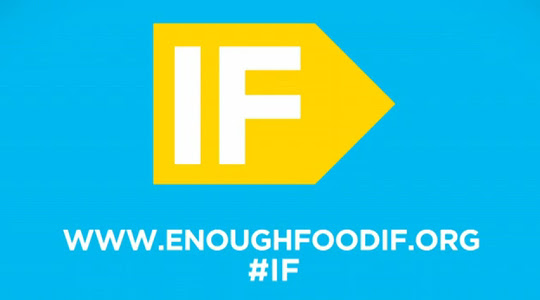 Doing upfront stuff on your home turf or in front of family and friends for the first time, can be tough. Those people are very often your most ardent supporters but also your harshest critics - because they know you, they always have. They knew you first as a snotty-nosed child, they knew you as a slightly awkward adolescent and none of that helps your confidence.

Is that how it was for Jesus as he returned to his hometown of Nazareth, and on the Sabbath went to Synagogue? Did he find the pressure building like it does at the immanent arrival of a thunderstorm? News had spread about him, crowds were gathering, a buzz was building about what God was doing in and through Him.

In Nazareth, amongst many, He was still Jesus son of Joseph and Mary. And as He stood to read from the scroll of the prophet Isaiah, was it this extra sense of pressure the reason that Jesus said so little? Here was an opportunity to tell those who had always known Him the realities of the Kingdom, and yet they only get a few words... Or was it that God was already speaking for Himself but just not being heard?

Jesus reads from a section of what we know as Isaiah 61 - of the long longed for hopes of God’s people; for God’s transforming presence in the world, not just to be experienced spiritually, but in ways that could be seen and touched. But as is so often the way, God’s transforming presence in the world upends the normal expectations of life where the rich get richer and everyone is kept in their ordered place in society - by the poor hearing good things that offer them hope, the captive hearing of their immanent release, the blind seeing fully and clearly once more, and the oppressed freed to be members of family and society once more - are all signs of the favour and presence of God Himself.

Those soundbites from the prophet, to a people living under the aggression of Roman rule, sound like sweet music to the ears, like a waking dream, but one that once you have left the synagogue you are rather rudely awoken from.

Oh, back to earth with a bump. No. ‘Today,’ says Jesus, ‘today this scripture has been fulfilled in your hearing...’ What? Now hang on... Generations stand at arms stretch across history between Jesus and Isaiah the prophet uttering those hopeful words of God. And yet somehow, today, in the present, in the now, amongst us together, they are completed, what was once only a yearning now is made whole and possible - there is real, wild, unabashed, brazen hope.

At the moment I can’t hear much good news for the poor, for the captive or the oppressed. In fact just the opposite in the current economic climate. And yet Isaiah and Jesus remind us that these are physical signs of God’s presence amongst us in His coming Kingdom. But they aren’t just dawning on some distant future - today says Jesus these find their fulfillment.

We are good at spiritualizing longings like these, to the exclusion of their outworking very practically. Of course God’s coming amongst us is about good news for the poor in spirit and releasing those blinded by the oppression of sin, but that’s not just it, not by a long shot.

Jesus’ interpretation of Isaiah’s words, are consistent with the message of Christmas.  Mary sang of filling the hungry with good things and sending the rich away empty while the angels sang of goodwill to those on whom the favour of God rests.  And here, Jesus reads of all of that summed up.

That ‘year of the Lord’s favour’ was the the year of Jubilee when debts were cancelled, slaves freed and slates wiped clean - according to the Old Testament law. Jesus says that today, amongst us begins a new time where debts are wiped and spiritual and physical and economic freedoms are brought in.

But they are brought in, not legally like some sort of policy decision that ends when the law is changed. God’s Kingdom is lived out this way in lives filled, just as Jesus’ was, with the power of the Holy Spirit. Lives that live out the topsy turvey values of God’s kingdom are radically lived out where the spiritual and the economic justices are bound together.

By virtue of our baptism, and our regular sharing in the Eucharist, we too are filled with the values of the Kingdom and empowered by the Holy Spirit: we too are to seek to find the fulfillment of God’s words today - where good news to the poor or release to the captive might look like time serving at the foodbanks locally or working with organisations like the Church Urban Fund or Christians Against Poverty to help people manage their time and money more effectively; where recovery of sight to the blind might involve looking out for and supporting work with that which we are blind to or turn away from - the homeless on our streets, people trafficked for sex, but also with those who do not see themselves the way that God does because of their screwed up self-image because they are supposedly the wrong colour or aren’t thin enough; where the oppressed being freed involves us scrutinizing the way we vote or shop -  because each of us plays a part in keeping millions across our world in poverty so we can have cheap goods. It has to stop - today these words are fulfilled in our hearing, in our praying but also in our living.

We cannot listen to the words of God and not act on them. We cannot hear afresh of His unmerited grace lavished upon us and not respond - to Him spiritually, but also practically today in the now. Jesus doesn’t separate spiritual from physical, actual from metaphorical - all are intertwined, and if these words are to find fulfillment in our hearing today - so must we. Amen