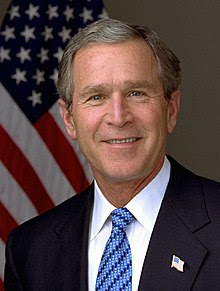 George W Bush once visited a home for those suffering from dementia. He enjoyed a brief exchange with one of the residents, who seemed to be fairly lucid….so he risked asking “Do you know who I am.”  “No…” replied his conversation partner “but if you ask that nice nurse over there I’m sure she’ll be able to tell you”.

Of course, even on a bad day, George W wasn’t really in need of information…any more than Jesus is, in our gospel reading.  But that doesn’t mean that the question is unimportant. Quite the reverse.

As Jesus makes His way with His disciples to Caesarea Philippi He asks them  who people think that He is? Are people interpreting the miracles, the healings and the teaching correctly? In that people see Jesus in the same line as the ‘great ones of God’ like Elijah and John the Baptist means that people are identifying Jesus’ actions and words with the actions of God. Good. But what of those closest to Him? Do they get it?

‘Who do you say that I am?’ We will never know whether Peter’s response has been brewing for ages or not, but out it comes - Jesus you are the Messiah. No words of recognition from Jesus to Peter. No, well done you’ve got it right. Instead stern words not to tell a soul. Odd...

But has Peter really got it? Have any of those closest to Him really a clue? Are they any further down the line than the crowd?

So to make sure, Jesus quite openly begins some intensive but clear teaching with the disciples. The one that Jesus calls ‘the Son of Man’ will suffer and die at the hands of the religious leaders, and after 3 days rise again. Is Jesus referring to himself? Surely not...

It’s no wonder that Peter wants to check things out with Jesus: ‘You are the Messiah right? The one bring to in God’s reign? The one who will liberate us and free us from Roman rule and into a new relationship with God? You cannot get the wrong side of our leaders and be killed by them and fail...’ And Jesus turns on him...: ‘Get behind me Satan!’ Is Jesus being overly harsh here? Well yes and no. It’s clear that at least one disciple hasn’t got a clear answer yet to Jesus’ question.

Who do you say I am? Peter get’s the title right, but the meaning wrong, Jesus is the Christ in one way, but in another, He is the AntiChrist. I am not trying to be controversial here but is Peter making Jesus to be Christ or Messiah in his own image, using the expectations of his day? Is he making assumptions of what Jesus is called to do by God and how He will accomplish it?

And so Jesus recasts who "the Christ" is and what he will do. He won't wield power over others; instead, powerful and cynical people will have their way with him.

Whispered conversations as to who Jesus really is lead to an open invitation to follow and discover for yourself. You can speculate all you like. The invitation though is open to anyone - not just the religious elite or those who expect liberation from Roman rule - He’s not that sort of Messiah, He’s the anti Christ - so the broken, sinners, the Gentiles, the unclean, the poor are all welcome as are gays, straights, drug addicts, alcoholics, the debt ravaged as well as the more respectable members of first and twenty first century society whether Jew or Gentile. There are only 2 conditions to following: self-denial and taking up of the cross.

Being a disciple of the anti Christ is about self-denial.  It’s about redefining what defines us. A person in Jesus' day was defined by those to whom they belonged -- usually family. Jesus calls people to embrace new understandings of identity. Those who follow Him are invited to join a community defined by association with Jesus; they enter a new family comprising all of Jesus' followers.

Self-denial also does not mean embracing suffering for its own sake.  Jesus has spent much time alleviating needless suffering or oppression whenever he encounters it.  The kind of suffering Jesus acknowledges as a reality is a particular kind: persecution resulting from following him. Self-denial comes with risks.

Being a disciple of the anti Christ is about cross-bearing - Jesus is being blunt. Discipleship is about failure of reputations and death. Those who bore crosses in Jesus day were criminals who deserved punishment, those who lived contrary to the law and who the State had denied a right to life. In being called to bear the cross, judgement is being passed by the way a Christian life is lived on the standards set by our culture. It is not a call to separatism , but it is about losing our lives, and having them redefined by Christ’s own death and resurrection.

Who do you say I am? If Jesus is Peter’s Messiah, the Christ, then we are still waiting for the political landscape of the world to be changed, for the mighty to be unseated, for people of faith to be liberated and for God’s kingdom to come in with triumph.

But there’s no military might here only seemingly the prospect of a reputation in tatters and an embracing of death. But if you want to discover who Jesus really is, then your only option is to follow, to find out for yourself, for looking at Him from the outside can only misjudge Him as even Peter discovered.

It’s no wonder that this Jesus still has trouble attracting followers. It’s not an welcoming prospect.  His logic, that seems so opposite all we have encountered in life, invites us to discover our lives by receiving our identity as beloved children rather than trying to earn it through our accomplishments. It invites us to find our purpose in serving others rather than in accumulating goods. It invites us to imagine that our life – and the lives of those around us – have infinite worth simply because God chooses to love us apart from anything we've done or not done.

Why follow? Because, even when confronted by self-denial and death on a cross, it’s all about life. Not the pseudo-life we've been persuaded by advertisers or politicians it's the best we can expect, but real, honest-to-goodness life.  All we have to do is trade what we've been led to believe is life for the real thing. It's incredibly hard because so much money and energy has gone into convincing us that the best we can expect is a quid-pro-quo world where you get what you deserve. But if we can let it go, even for a few moments, we'll discover that God still loves to create out of nothing, raise the dead to life, and give each and all of us so much more than we either deserve or can imagine. Amen.
Posted by Fr. Simon Cutmore at 6:43 am

Email ThisBlogThis!Share to TwitterShare to FacebookShare to Pinterest
Labels: cross, Jesus, self-denial, Who is Jesus?