Go into all the [virtual world] and make disciples - why I use social networking sites...

Many of you will be aware that whilst I like to blog, I am also a regular user of social networking sites, especially Twitter and Facebook. Now I could perfectly well see why some of you might think that they are a waste of time, as the relationships forged on them are as virtual as the internet driven world itself. Some of you might also be thinking, hasn't he got enough to do? Is he just a lazy priest, swanning around on the internet all day, and not visiting the lonely, the housebound and generally spreading the word?

My response could be, in a way... fair point. But, I do believe that the use of these new media are essential to us as Christians, and to me as a pastor and priest, essential tools in the ministry which God has given me to exercise in His name.

My entry into the social networking world began out of necessity. When our church put on a special service or a special event our activity we were reaching a certain group of people - the 'regulars' we shall call them. Advertising these events is tricky, physically. Our church noticeboard is of the 'drive-past-able' variety. Some of the local shop keepers were willing put up the odd poster or two occasionally. This seemed effective only to a point. Was there a way of reaching others locally?

I decided to sign up to Facebook to see if there were others locally who had some contact with the church, perhaps through an occasional office, that might come back to something else that we were doing, as I was sure that people were sometimes not coming to these things because they did not know that they were on.

Very quickly I discovered there were many people that I knew locally, that I could invite to things, pray for, and do some pastoral support through this excellent tool. Now we have a church Facebook page, with a growing number of members who are both regular and occasional attenders at Sunday worship.

Facebook has also given us another spin off. In having to RSVP to an event that we might advertise, we also have a good idea of the number of people who will attend, and you can see straight away why that might be helpful.

Facebook has also been the entry point into pastoral care, prayer, and support too for the local community and I am thankful for it, as it gives an insight (however mundane or facile) lives. But, at times, it has provided the beginnings of real support - leading to prayer or a visit. A personal example is when son #3 had swine flu and we were able to post updates on Facebook and we were supported in prayer all over the world. 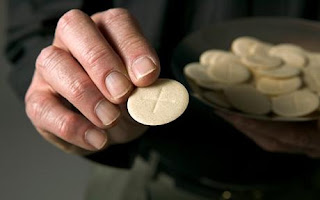 I also blog, and you wouldn't be reading this if you did not know that. I blog for a number of reasons:
I also feed my blog entries onto Facebook to ensure that the people I tried to reach out to locally have some sources of spiritual inspiration from their local church too - and the feedback I have from parents of football playing children for whom SUnday worship is an occasional thing - it is a good thing. It is a God thing...

Relatively recently, I have learned to 'tweet' and now use Twitter regularly. Twitter is not a social networking tool like Facebook, but a micro-blogging site. It allows the user to record, in 140 characters, what is going on for them. It has taken me a long time to 'get' Twitter. But now, with the right software (Tweetdeck is my personal fave) I have found it to be an invaluable tool.

There are a number of Anglican clerics who Tweet and we have been grouped together with other 'tweeting' Bishops as the Twurch of England. This network, for me, has been a network of shared interest, support, prayer and encouragement. A couple of weeks ago I tweeted that I was off to do, what could have been a tricky visit and I asked for prayer. Almost instantly, tweets came back from others in other places assuring me that I was held in prayer. I felt supported by The Church and by God through prayer.

In to the midest of all this positivity comes the Bishop of Durham, Tom Wright, who recently caused a bit of stir in the blogsphere with comments about social networking and blogging which you can be found here.

I take his point.

The other main reason that I use Facebook, tweet, or blog is about accountability. It can be clearly tracked what it is I have done and when. You can see the progress that I am making on a sermon etc. As church, you have some sense of what your cleric is up to. Sure that is open to abuse, but so was the banking systems that are the backbone of global business and look what happened when that was abused - global recession.

I accept that blogging, Facebook and Twitter may not be for you, but I am clear that they are part of the tools of my trade - making known the love of Christ - and that God uses them to reveal His coming Kingdom in the [virtual] world.
Posted by Fr. Simon Cutmore at 11:59 am